Hmmm, Which One Are You? 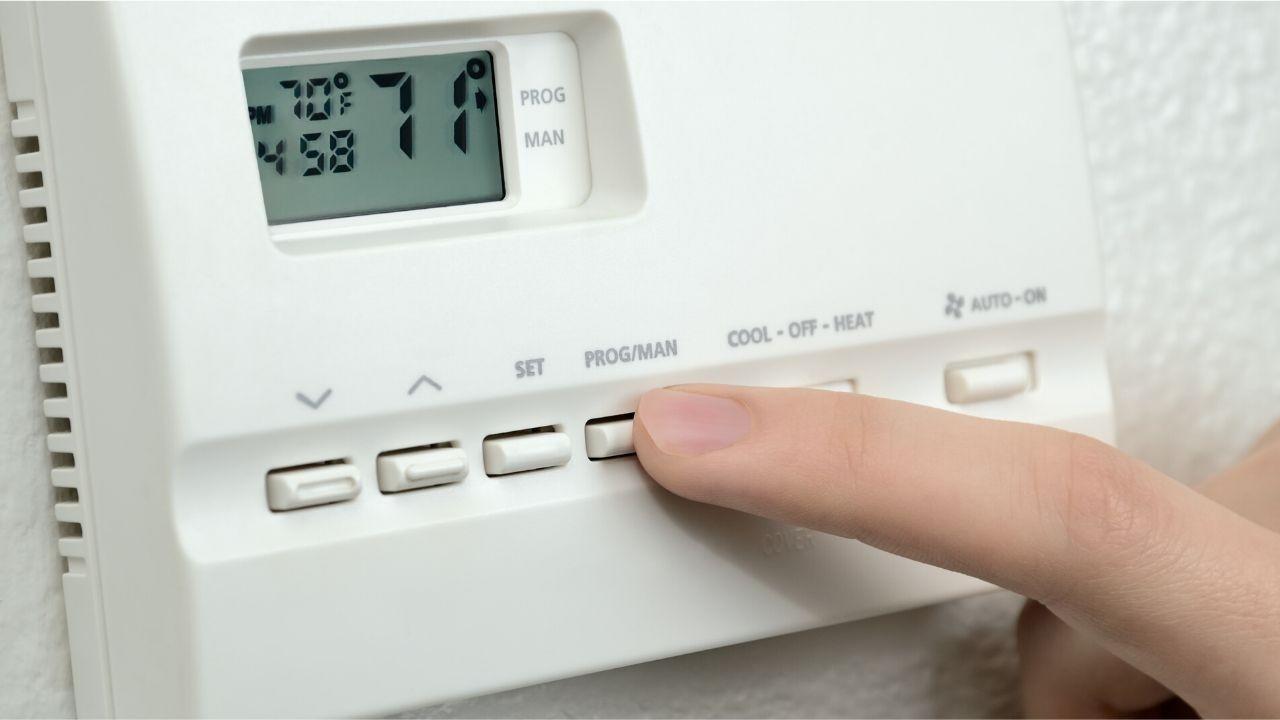 As I sit here with a cup of tea reflecting on the current world affairs and our place in history, it reminds me there is nothing new under the sun.

“What has been will be again, what has been done will be done again;
there is nothing new under the sun.” Ecclesiastes 1:9 NIV

As the world virally grows anxious about "Co-vid 19", just in my lifetime we survived the worries of Y2K, SARS, MadCow, Anthrax, HIV, Swine flu, Ebola and the Zika "scare"

In watching news reports from across the globe, two kinds of leadership styles are influencing responses. 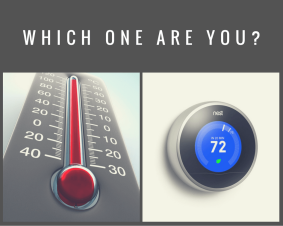 A thermometer is a passive device. A Thermometer will tell you what the temperature is.

In a well known historical record, God instructs twelve leaders to take possession of the land which HE granted to them.

“The Lord said to Moses,  “Send men to explore Canaan, which I’m giving to the Israelites. Send one leader from each of their ancestors’ tribes.” So at the Lord’s command, Moses sent these men from the Desert of Paran. All of them were leaders of the Israelites.” Number 13:1-3

Forty days later the leaders returned with a scouting report and the fruits of their expedition:

"Forty days later, they came back from exploring the land. They came back to Moses, Aaron, and the whole community of Israel at Kadesh in the Desert of Paran. They gave their report and showed them the fruit from the land. This is what they reported to Moses: “We went to the land where you sent us. It really is a land flowing with milk and honey. Here’s some of its fruit.”  Numbers 13:25-27 NIV

“But the people who live there are strong, and the cities have walls and are very large. We even saw the descendants of Anak there. The Amalekites live in the Negev. The Hittites, Jebusites, and Amorites live in the mountain region. And the Canaanites live along the coast of the Mediterranean Sea and all along the Jordan River.” Numbers 13: 28- 29 NIV

Then Caleb, a “Thermostat” Leader spoke:

"Caleb told the people to be quiet and listen to Moses. Caleb said, “Let’s go now and take possession of the land. We should be more than able to conquer it.”  Numbers 13: 30 NIV

"But the men who had gone with him said, “We can’t attack those people! They’re too strong for us!” So they began to spread lies among the Israelites about the land they had explored. They said, “The land we explored is one that devours those who live there. All the people we saw there are very tall. We saw Nephilim there. (The descendants of Anak are Nephilim.) We felt as small as grasshoppers, and that’s how we must have looked to them.” Numbers 13:31-33 NIV

In Numbers 14, God reveals His acceptance of Caleb’s report:

"But because my servant Caleb has a different spirit and follows me wholeheartedly, I will bring him into the land he went to, and his descendants will inherit it."

In the midst of the myriad of voices, you can choose to make decisions on emotions and the temperature of the moment as a THERMOMETER or to stand on the promises of God's protection, provision, and providential care and SHIFT THE ATMOSPHERE for people.

You can be the Thermometer basically stating the facts [visual and emotions] OR you can be the THERMOSTAT who assesses the facts yet ADJUSTS the temperature inspiring the people towards the promise of God’s Hope and Hand of guidance towards a redemptive future.

You can be the one to instill peace versus panic.

You can be the one to instill wisdom versus worry.

You can be the one to instill confidence versus confusion.

Let's continue to use common sense hygiene physically, mentally and spiritually to be cleansed of fear, anxiety and doubt.

Yes, we are WELL ABLE to weather this storm too.

Again...there is NOTHING new under the sun. God always has the final Word for the good of all.

Yes, YOU can be the THERMOSTAT, the one of a different spirit to SHIFT the atmosphere from fear to faith in your sphere of influence!

Podcast| MADE FOR MORE

Get The Latest GEM Blog Posts!